The Republic of Peru is located in South America and its one of the most attractive ancient cultures in the world with great riches. Peru’s boundaries are: Ecuador and Colombia to the north, Chile to the south, Brazil and Bolivia to the east and the Pacific Ocean to the west.

Peru has a cultural heritage of almost 20,000 years with many testimonies by many cultures with the Incas perhaps as the most known.

The mountain range of the Andes runs through the middle of the country from north to South with elevations as high as 6,768 meters or 22,205 feet dividing the land into three main regions; the coast, the highlands and the amazon jungle.

Visitor will find themselves in a majestic land rich in bio-diversity, history, culture with a vast array of possibilities to embark on such as ecology, archaeology, adventure and more.

Peru lies on the Pacific coast of South America just south of the Equator. To the Quechua Indians Peru means “land of abundance.” Sites such as Machu Picchu and Cusco recall the wealth of the Inca civilization, destroyed in the early 16th century by Spaniards, who built an empire on Peru’s gold and silver. Today Peru ranks among the world’s top producers of silver, copper, lead, and zinc. Its petroleum industry is one of the world’s oldest, and its fisheries are among the worlds richest.

The Inca capital was Cusco, but the Spanish founded Lima in 1535 along the coast and made it their capital. The Spanish preferred the lowland coast because of the climate and for trade links to Spain. The western seaboard is desert, where rain seldom falls. Lima is an oasis containing more than a quarter of Peru’s population—most of European descent or mestizo. The Andean highlands occupy about a third of the country and contain mostly Quechua-speaking Indians. Quechua was the language of the Inca Empire. East of the Andes lies a sparsely populated jungle; the major city of this region is Iquitos. Iquitos can be reached by ocean-going vessels coming 3,700 kilometers (2,300 miles) up the Amazon River; recent oil discoveries have brought more people. 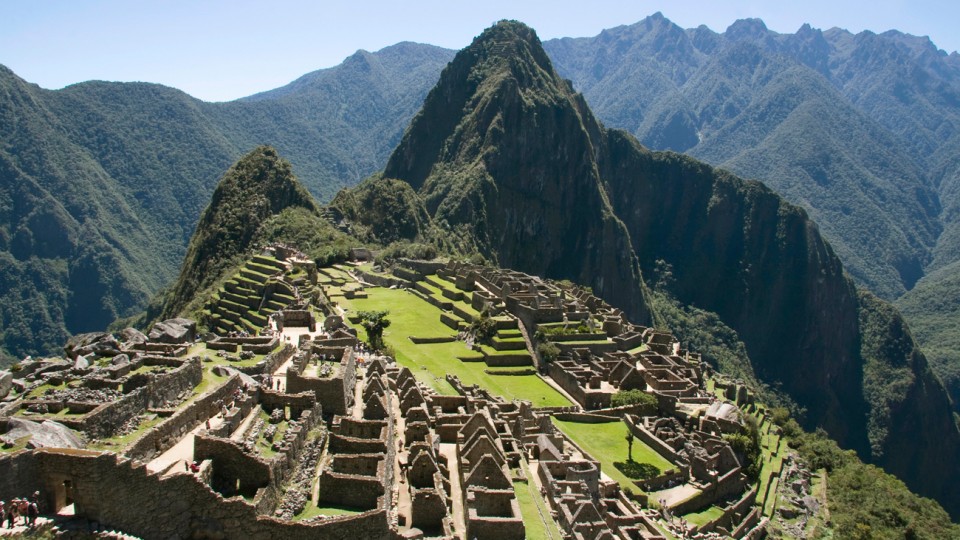