Nicaragua is divided into three geographic regions – the Pacific Lowlands, the North Central Highlands, and the Caribbean Lowlands. Almost 20% of its land is devoted to national parks, conservation areas, or biological reserves.
The Pacific lowland area runs from the Gulf of Fonseca and the Honduran border, to the Pacific border with Costa Rica. The central feature of this region is Lake Nicaragua, the largest freshwater lake in Central America. The Pacific lowlands region is the most populous part of the country, with over half of the nation’s population. The capital city of Managua is found here, as are Leon, Granada, 40 volcanoes, and the Emerald Coast beach and resort destinations.
The Northern highlands less populated. At elevations between 610 and 1,524 meters (2,000 and 5,000 ft), the highlands enjoy mild temperatures with daily highs of 23.9 to 26.7 °C (75 to 80 °F). This region has a longer, wetter rainy season than the Pacific lowlands, making erosion a problem on its steep slopes. Rugged terrain, poor soils, and low population density characterize the area as a whole. The area has a cooler climate than the Pacific lowlands. About a quarter of the country’s agricultural production occurs in this region, with coffee a major export crop, grown on the higher slopes.
The Caribbean lowlands, a rainforest region, are irrigated by several large rivers and are sparsely populated, with over half the territory of the nation and most of its mineral resources. The Rio Coco, the largest river in Central America, forms the border with Honduras to the north. Lagoons and deltas cover most of the Caribbean coast. Nicaragua’s famed Bosawas Bioshpere Reserve is found in the north Atlantic region. Nicaragua’s tropical east coast is very different from the rest of the country, with constant high temperature and humidity, and English is widely spoken along with the official Spanish.

Nicaragua has an average temperature of 27°C (80°F) year round. Humidity averages 65%. Green season is from mid-May to mid-November, and the dry season from late-November to early-May. Rain comes in short stormy periods during the green season, and rarely lasts longer than a couple of hours. It is hottest from March to May, the end of the dry season, and cooler  from October to January.

Currency: Cordoba at a current exchange rate of approximately 26 cordobas to $1.00 US Dollar
US. Dollars are accepted in many hotels and restaurants, but change will usually be given in local currency. Credit and Debit cards are widely accepted. ATMs are easily found in major cities, and can be hard to find in rural regions. Other currencies, such as the Euro or Pound, can be difficult to exchange.
Passports are required by all citizens and US, Europeans and most Latin American countries to not need a visa
Airport entrance tax for foreign visitors to Nicaragua is US$10.00. Airport exit tax is US$32.00. Exit tax is now included by most airlines in fare paid at time of ticket purchase, check with your carrier.
Gratuities & Tipping:  A 10% service charge is included in most bills at restaurants. Sales tax (IVA) in Nicaragua is mandatory, and is 15%, on all items including hotels.
Local Time: US central standard time with no daylight savings time
Electrical Current: 110 volts with standard American plugs

Nicaragua offers a wide variety of activities and sights, sure to please almost any traveler. From a family looking for a vacation over holidays, adventurers, eco –travelers, those interested in history from pre-Colombian to Spanish colonial and 20th century, there is something for everyone. Families visiting can have everything from beach adventures, hiking and exploring in rainforests; Adventurers of all sorts will enjoy the many varied outdoors opportunities, from surfing along the Pacific coast, climbing a volcano and then sliding right back down the slopes of Cerro Negro, rainforest and nature opportunities in unspoiled wilderness along the Caribbean coast, rustic remote lodges to luxurious 5 stars. Historical sited from ancient archaeological excavations in Zapatera Island and Isla del Muerto on Lake Nicaragua, to the colonial splendor of Granada and Leon, through Nicaragua’s turbulent 20th century, a feast of historical splendor awaits. Honeymooners and couples will find romantic getaways near San Juan del Sur, with a wide variety of secluded locations along the pacific coast.

What you have heard about Nicaragua’s past is “history” Rest assured that Nicaragua ranks among the safest destination for travelers, not just in Central America but in all of the Western hemisphere. As Always, when travelling abroad, it is important at all times to remain aware of your surroundings and to take reasonable precautions against crime of opportunity. 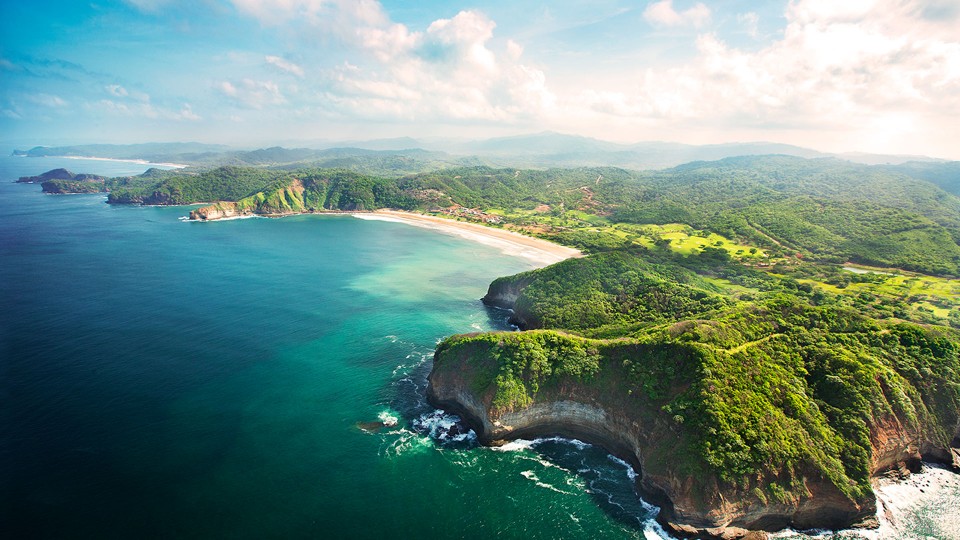